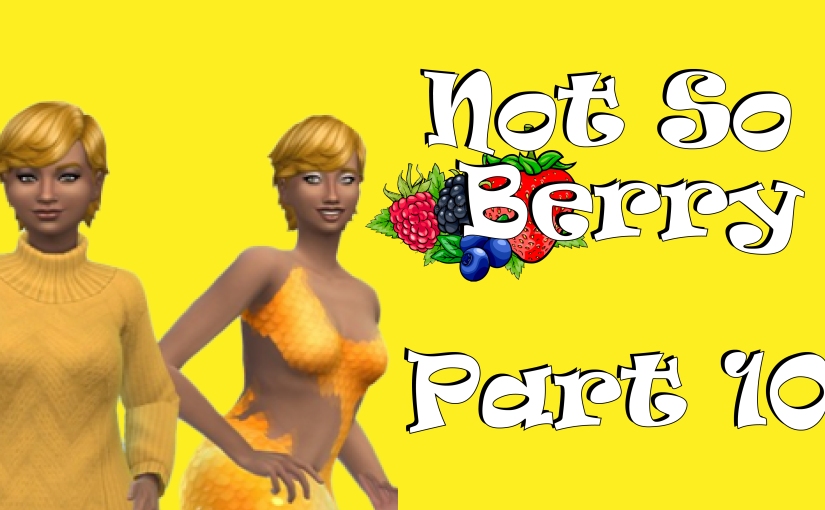 Upon returning to the game from a longish break away, it was Grey’s B’day. What better way to start fresh, in another section of our story with this family.

Yellow baked a chocolate cake & arranged a 2 day holiday to Mt. Komorebi. After Grey blew out his candles, they packed up & headed for Yukimatsu.

It wasn’t long before Grey was on the the bunny slope. There was an old set of ski’s in the rental holiday home, which prompted his enthusiasm. 1st run couldn’t have gone any better, so up he went for round two. Falling backwards at the bottom & requiring the bathroom, discouraged him from carrying on a 3rd time. Seeing his mum & step mum having a coffee together, he decided to join them for a bite to eat.

Grey told yellow what happened at the slopes earlier. She wanted him to enjoy himself, so she gave him money to buy his own set of ski’s. Grey came back with a snowboard, ski’s & a Simmi capsule. Meanwhile Yellow took to the bigger slopes of her own accord, but I managed to catch her gracefully falling at the bottom.

The following morning, Grey woke up find his parents otherwise engaged. He fed himself & went to attempt the bunni slopes once again.

His new ski’s must need broken in as every attempt ended badly. Although he knew going home wasn’t much fun, he strolled back up to the top to give it one more try. Yet again his legs & ski’s went in separate ways. I almost feel sorry for this little guy, taking his toy out to play with instead.

Requiring the bathroom again, he headed home for lunch. Denise was trying to engage in a conversion but Grey was having none of it, gaining this festering grudge towards her. Still being sad from failing on the slope, Grey headed outside to build a snowpal. Maybe he will find a friend within this creation.

Yellow seen him returning still in sadness, so decided to play a kick about with his new soccer ball (given to him for his b’day). After a few a kicks back ‘n’ forth he trips. It was time to call it a day, sleeping till morning when it was time to go back home to Sulani.