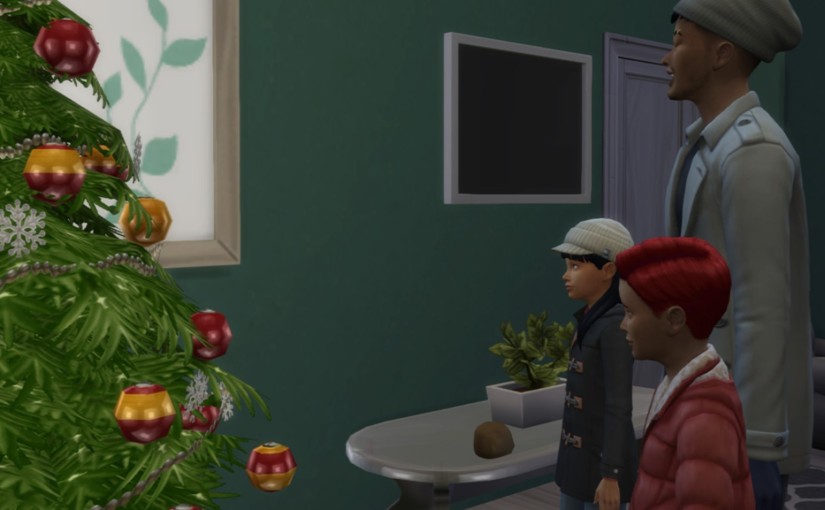 This episode was supposed to bring some Winterfest celebrations. Managed to capture a few pictures/screenshots before the Snowy Escape update.

Since I was desperately wanting to experience the base game update with Sentiments, I had loaded my save so that the continuation of the story had more depth. This was before all the issues were announced.

Like most Simmers, my game broke during these updates corrupting this save file. Any further copies / backups had the same issue.

While EA was gathering details to complete a further update that will later fix these issues, I took a break from this Let’s Play. Unfortunately my save file was never going to recover, so I took the plunge to advance into Generation Two (Rose) creating a new save with Rosendo as a Teen. Of course Mint came along too, planning on continuing as much as possible with the challenge from Generation One but our main focus will now be with Rosendo.

Hope my viewers understand my decision to adapt this challenge, as it would not have happened if system problems had not been present.