Cayden needed a little time to himself.  He had heard of an awesome party happening in town and said to Billie it was time for her to take care of the kids.   Cayden spent time relaxing and getting ready to head out for a night in town.  He invited Courtney along for some company and they both had a great night. 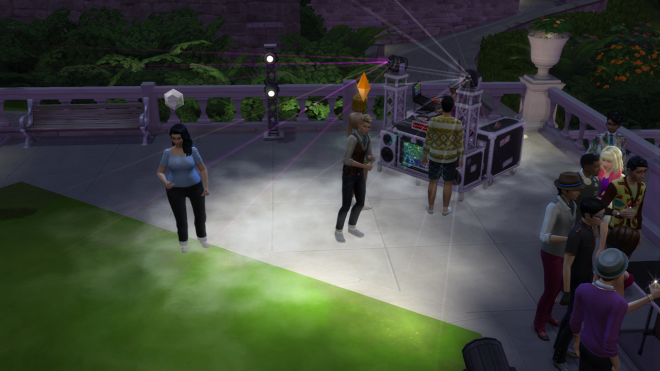 Unaware that both Bonnie and Courtney were planning a party for his birthday, Cayden thought to himself that this was would the last time he would be able to have fun for a while.   His birthday was in a few days, so he knew that it would be like every other year, a little dinner tea party with the family.

It was soon Cayden’s birthday, Billie stayed home with the kids and Bonnie said to Cayden ‘Do you fancy a little walk?’.   Cayden replied ‘Sure, what’s up’?

They headed out in the direction of the party and Bonnie directed him inside.   ‘Happy Birthday Cayden’ said Bonnie ‘Courtney is around somewhere too’.    He was delighted and emotional that both his sisters had prepared this little surprise.   They all had a great time, dancing and eating cake.

Bonnie came strolling in around 2am, whereas Cayden was tucked up around 11pm being more responsible.  The party was great success.